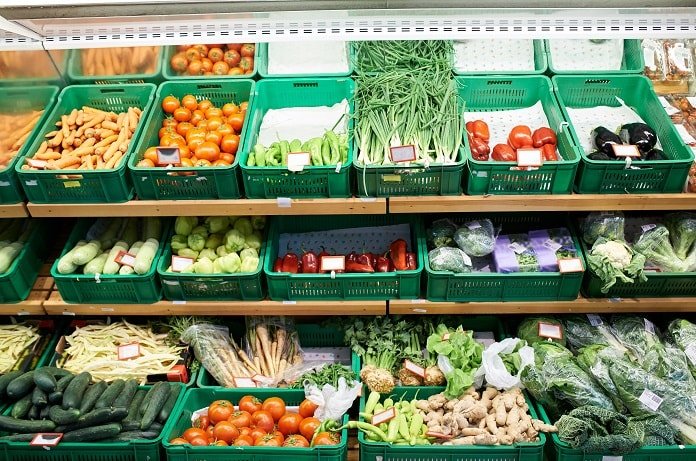 
In a recent study, researchers examine whether the neighbourhood food environment influences older adults’ intake of fruits and vegetables.

Dietary behaviour can be influenced by neighbourhood environments but the evidence remains limited for this influence having a positive effect on adults. Older adults, with frequent limited mobility, have a greater than average dependence on the local food environment and as such, they may develop functional limitations that amplify this impact.

As published in the International Journal of Behavioral Nutrition and Physical Activity, researchers investigated the association of several dimensions of neighbourhood food environments and diet by having participants self-report their intake of fruits and vegetables. This cross-sectional study, conducted in the United Kingdom, was focused on two national representative groups of participants. The participants were drafted from the British Regional Heart Study and the British Women’s Heart and Health Study. The researchers analyzed data from 883 women and 1,124 men within the age range of 69 to 92 years, living in 20 British towns. The study identified the selling of fruits and vegetables at food retail outlets, the number of fast food outlets, and the general food retail environment.

The researchers, however, found weak evidence to support the association between the consumption of fruits and vegetables and the frequency or quality of food shops. This was true even when there were several retail food environments, even if it was within walking distance, transport accessible, or in local markets. This means that older adults who lived neighbourhoods with the greatest fruit and vegetable market density were not more likely to be in a higher fruit and vegetable consumption category.

The researchers concluded that the relationship, although small, suggests that some influence may exist between the environment and dietary intake of fruits and vegetables. This study suggests that older adults may be less influenced by the physical characteristics of a neighbourhood food environment than previously believed. The lower income neighbourhoods may be the focus of future research, as lower income areas were associated with lower consumption of fruits and vegetables in this regard and social determinants could be further explored.