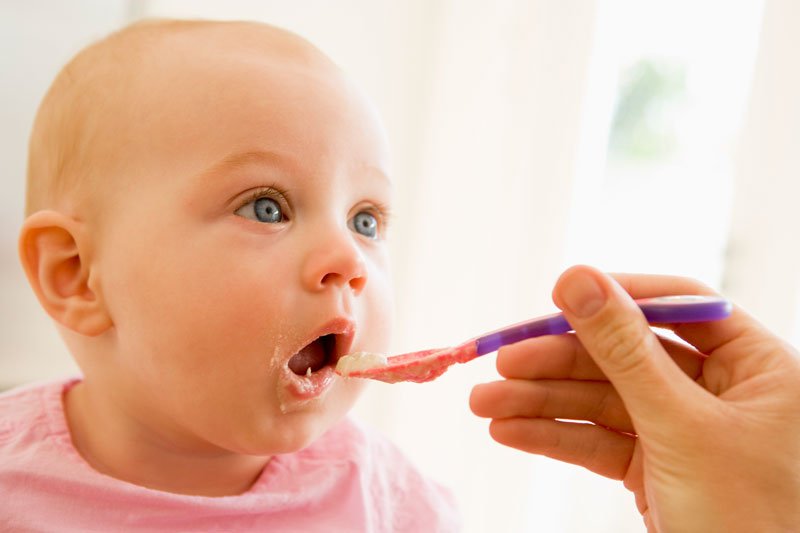 
A comprehensive review of scientific literature suggests a possible link between early introduction of allergenic foods and reduced likelihood of some allergies, although the evidence is not conclusive.

Both popular and scientific literature have discussed the relationship between early introduction of certain foods to infant diets and the subsequent development of allergies or autoimmune problems. In the past, guidelines tended to recommend delaying introduction of potentially allergenic foods, such as nuts, dairy, fish and eggs, on the theory that weak infant immunity might make them more susceptible to negative reactions.

More recently, the trend has reversed, with many sources advising that is no reason to delay introduction of such foods, and some even suggesting that delaying may increase, rather than decrease, the risk of allergies. Overall, however, it remains unclear whether and to what extent any relationship between the timing of food introduction and allergies may in fact exist.

Recently, researchers attempted to clarify the state of scientific knowledge on this topic by conducting a comprehensive review of the available scientific literature and analyzing the overall findings. The study, published in the Journal of the American Medical Association, looked at publications available in MEDLINE, EMBASE, Web of Science, CENTRAL, and LILACS databases, published between January 1, 1946, to March 8, 2016, that provided insight into the relationship between the timing of food introduction to infants and any subsequent development of allergies or autoimmune diseases. Ultimately, 204 relevant publications were identified, reporting on a total of 146 studies.

Researchers conducted statistical analyses on the data and drew the following conclusions:

Researchers suggest that the clearest information derived from this review is that early introduction of egg or peanut to the infant diet may be associated with a lower risk of developing egg or peanut allergies. However, the researchers also caution that these results are based on indirect evidence (a study aggregating evidence from other studies) which prevented them from ruling out confounding factors or other effects that may be clinically significant. Further research needs to be done before making changes to recommendations about introduction of allergenic foods to infants.