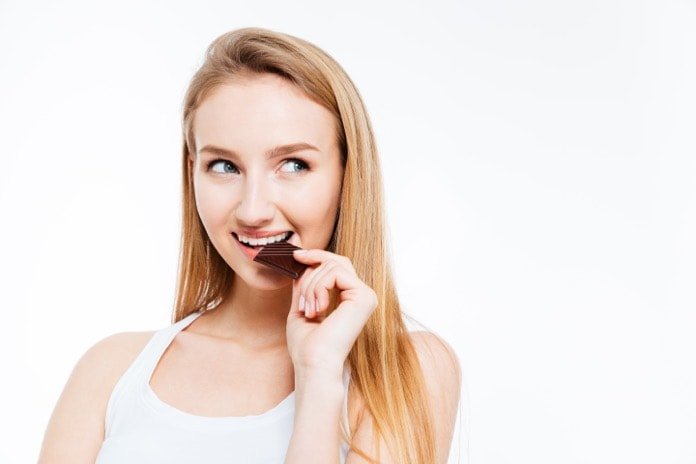 While chocolate has the reputation of having mood-enhancing effects, its mechanism of action on mood and cognition remains unclear. A recent review by Belgium researchers assessed the current research on the complex relationship between chocolate and mood further.

As a well-known mood booster, chocolate stimulates the production of endorphins, which create the feeling of pleasure in your brain. But exactly what compounds in chocolate are responsible for these mood-enhancing effects?

Prepared from the cocoa beans found in the fruit of the cocoa tree, cocoa and chocolate have a long-standing reputation for their health benefits and mood-enhancing effects. However, despite numerous clinical trials, the underlying mechanism of action of chocolate, cocoa or its constituents on mood and cognition remains unclear.

More specifically, research shows controversial evidence surrounding which constituents of cocoa and chocolate are responsible for contributing to its effects on mood and cognition. Cocoa and its main constituents contain a wide range of phytochemicals. Phytochemicals are chemical compounds found in plants which play a key role in their growth and development. Cocoa also has a wide range of methylxanthines, which are stimulants, and flavanols, which are naturally-occurring plant pigments.

The most commonly known methylxanthine is caffeine, found in cocoa as well as tea and coffee. Caffeine is found in many plant species and is often used for its stimulating effects on the central nervous system (CNS). Another methylxanthine is theobromine, which is structurally similar to caffeine, and primarily sourced from cocoa. However, theobromine does not have as much of a stimulating effect as caffeine on the CNS. Minor constituents of cocoa include flavanols, phenolic acid derivatives and various amides and amines.

Health benefits of chocolate depend on processing methods

The composition of these constituents is largely dependent on the fermentation and processing of fresh cocoa beans to chocolate, with many natural products lost and other products formed. Hence, the composition of commercial chocolate varies depending on the source of the raw material and processing of it. The consumption of dark chocolate and cocoa, which are rich in polyphenols (micronutrients which play a role in the prevention and fight against disease), has been associated with many health benefits, including helping fight cardiovascular disease and cancer.

Chocolate: The “Food for Mood”

Chocolate consumption has also been associated with beneficial effects on mood, sometimes referred to as “food for mood”. Researchers in Belgium recently conducted a review of current literature that focused on the complex relationship between cocoa or chocolate with mood and cognition.

After reviewing published literature and relevant studies, the Belgium researchers concluded that the underlying mechanism of action by which chocolate or cocoa modulates mood, behaviour and cognition is still not completely understood.

Instead, they proposed a mood pyramid to help summarise the general and more specific psychopharmacological activities and mood or cognition-enhancing effects associated with different cocoa or chocolate constituents.

At the bottom of the pyramid and giving rise to less specific effects is cocoa flavanols. There is a significant amount of scientific evidence suggesting flavanols have cognition-enhancing effects. However, it may not be specific to flavanols found in cocoa or chocolate (cocoa flavanols) as flavanols are widely distributed in food and nature.

Methylxanthines (caffeine and theobromine), which are not found as commonly in nature as flavanols, are located on the next level of the pyramid. Research has shown methylxanthines may have additive or synergistic effects on cognition as well as alertness, however, the exact role theobromine plays remain unclear.

At the next level, which indicates greater specificity, are tetrahydro-isoquinoline alkaloids, particularly salsolinol. Salsolinol is derived from dopamine and plays a role in the reward system of the brain. Hence, it is believed salsolinol may be the addictive component of chocolate and potentially responsible for chocoholism. Evidence suggests that salsolinol may also exert additive or synergistic effects.

Orosensory properties: The sweetness, taste, and texture of chocolate

At the top of the pyramid, or the “icing on the cake” as the researchers write, are the orosensory properties. This refers to palatability or taste of chocolate. Given the unique combination of sweetness, taste and texture, chocolate is considered one of the most palatable foods. This may at the very least explain individuals’ desire to eat chocolate and its effects on mood.

Commercial chocolates widely vary due to the origin of the chocolate, fermentation, and processing of cocoa. These different processes can result in different chemical compositions of commercial chocolate. Therefore, the Belgium researchers suggest that future studies need to include phytochemical characterisation in more details, no matter whether the samples are tested in vitro, in vivo or in human studies. Then, through comparison of these different test samples, which would have different chemical compositions, researchers may be able to elucidate the underlying mechanism of action of chocolate on mood and cognition.