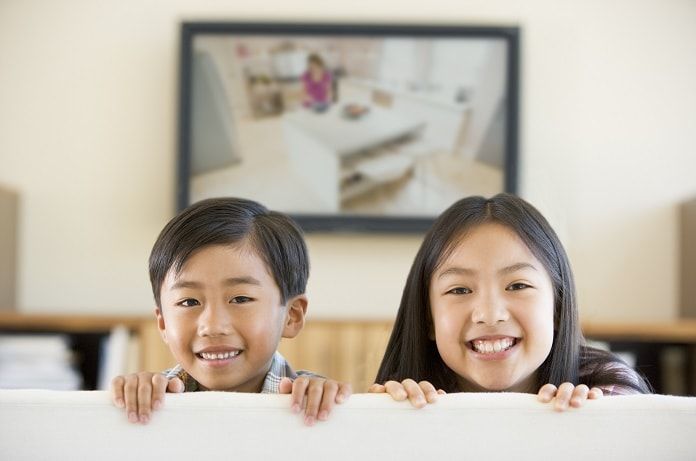 
Researchers in the Netherlands analysed whether parenting styles are associated with physical activity and sedentary screen time in Dutch children.

It is not a secret that daily physical activity is a vital part of a healthy lifestyle. Physical activity helps in weight maintenance and is positively associated with good mental health. Lack of physical activity in children has become a concern since the recent increase in sedentary screen time resulting from increased access to televisions and computers. Interestingly, previous studies have seen negative effects in children who spend a lot of time sitting in front of a screen, even if they are achieving the recommended 60 minutes of activity a day. As a result, researchers are interested in investigating which factors, like parenting styles, in a child’s environment may influence them to be more or less active, or potentially influence them to spend more or less time sitting in front of a screen.

One of the most influential people in a child’s life is commonly their parent. With that being said, parenting styles vary and thus these differences may have an effect on the activity level of the child. There are four main parenting styles identified in the study: authoritative, permissive, authoritarian, and neglectful. Authoritative parents support their kids but also maintain control over their behaviours, permissive parents are unlikely to punish and are very agreeable, authoritarian in contrast do not support their children and manage to control all child behaviours without explanation, and finally, neglectful parents lack both support and control

A cross-sectional study published in BMC Public Health aimed to analyze and report any associations between parenting styles, physical activity, sedentary screen time and went further to see whether results were affected by maternal education and/or child gender. Data from 4,047 questionnaires completed predominantly by mothers living in the Netherlands was used to draw information about parenting style, their education level, the physical activity levels of their kids, and how many hours a week they spent in front of a screen.

In the Netherlands, high levels of activity were defined as over seven hours a week and low levels of activity as under three hours a week. Furthermore, high levels of screen time amounted to over 14 hours/week, or more than two hours a day. The aforementioned parenting styles were assessed based on 22 statements given to the parents such as “I know exactly what my kids are doing after school” and asked them how strongly they agreed or disagreed.

Physical Activity Not Significantly Associated with a Parenting Style

The results found that physical activity in the kids was not significantly associated in any way with parenting style. Overall about 83% Dutch kids were getting enough physical activity a day, with boys getting significantly more than girls. However, even though the boys were more active than girls, they also spent significantly more time in front of a screen than girls. Finally, sons of neglectful mothers with a medium level of education were found to spend significantly more time in front of a screen as opposed to sons of authoritative mothers of the same education level. This suggests the possible importance of authoritative parenting styles especially in setting limits with sedentary screen time among boys.

The limitations in the findings are that everything was self-reported and mothers are likely biased when reporting on how active their kids are and how much time they spend in front of a screen. It is predicted that many overestimated physical activity and underestimated their screen time, especially in mothers who have less control over their children’s behaviours.

Additionally, very few fathers responded to the survey and without information on paternal parenting style, there is a missing piece to the overall puzzle. The scientists suggested that it may be the father’s’ parenting style that has more bearing on physical activity which is why no associations would have been found through solely analyzing maternal parenting style.

Moving forward research should look to include more specific parental practices that may promote or deter children from being active or spending less time in front of a screen. It may not matter whether parents are permissive or authoritative, but perhaps what opportunities they present or model to the child. There should be more investigation into these links in order to improve the health outcomes of today’s children and perhaps allow for more effective parental and public health interventions. The ultimate goal would be to reduce the prevalence of overweight and inactive youth.