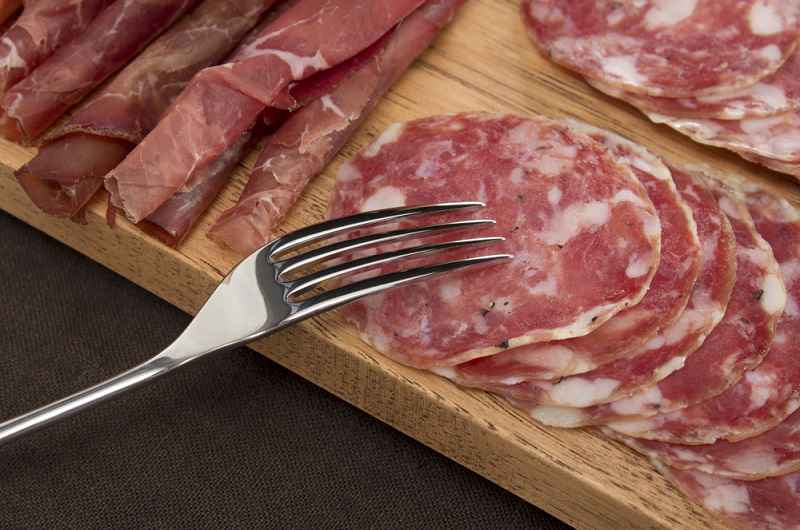 
A new study takes a novel approach when examining the effects of cured meats on asthma symptoms, as well as determining the relationship of one’s body mass index (BMI) in regards to these factors. The results of the study identify a positive correlation between an increase in the consumption of cured meats and the severity of asthma symptoms; as well, researchers identified BMI as a mediator in this relationship.

When looking at the diets of people from many Western countries you will find a common item, cured meats. As of recently, cured meats have been identified as carcinogenic, as well have been observed to decrease lung function while increasing the number of lung-related diseases. Recent research published in the Thorax wanted to explore the effect of cured meats on a specific lung disease, asthma, which is characterized by the inflammation and subsequent narrowing of airways, making it increasingly difficult to deliver oxygen to the lungs. Symptoms of this disease can include wheezing, shortness of breath, tightness of the chest, and coughing. Furthermore, body mass index (BMI), while being a likely risk factor for this disease, has never been studied in relations to asthma and diet, therefore scientists were also interested in determining if BMI acted as a mediator in this relationship.

This study followed 971 adults from five different cities in France, over the course of 20 years. These participants were required to complete a food frequency questionnaire that was used to determine their intake of cured meats, which included ham, sausage, and dried sausage. Results from the questionnaire were then divided into three categories; lowest, meaning that an individual ate less than 1 serving of cured meats per week, medium which consisted of the consumption of 1-3.9 servings per week, or highest, which is when an individual consumed more than 4 servings of cured meats per week. Individuals who were classified into the lowest category served as the reference group. In addition, participants were measured in regards to the severity of their asthma symptoms. Researchers used an asthma symptom score, which is a scale ranging from 0 to 5, with 0 representing an absence of symptoms and 5 representing the most extreme of symptoms. Participants were re-measured using this scale after a number of years to determine whether symptoms had worsened, improved, or remained stable. This concept of placing asthma symptoms on a continuum is a novel approach, as previous studies have solely focused on either the presence or absence of asthma as diagnosed by a physician while ignoring the varying degree of symptoms. Lastly, BMI of the adults was gathered using information about their height and weight.

With this information, researchers observed that there was a positive correlation between consumption of cured meats and the severity of asthma symptoms. They observed that individuals that were placed into the category of highest cured meat consumption, based on their questionnaire, were more likely to experience worsening asthma symptoms over the course of the study. In addition, the research suggests that BMI does indeed act as a mediator between cured meats and asthma symptoms, however, it should be noted that its effects are limited. This suggests that there are other mechanisms that are responsible for the effects of cured meats on asthma symptoms. While these findings support the general notion that cured meats are bad for the health of one’s lungs, it is important to note that these results may not apply to all populations, especially those that do not follow a typical Western diet.