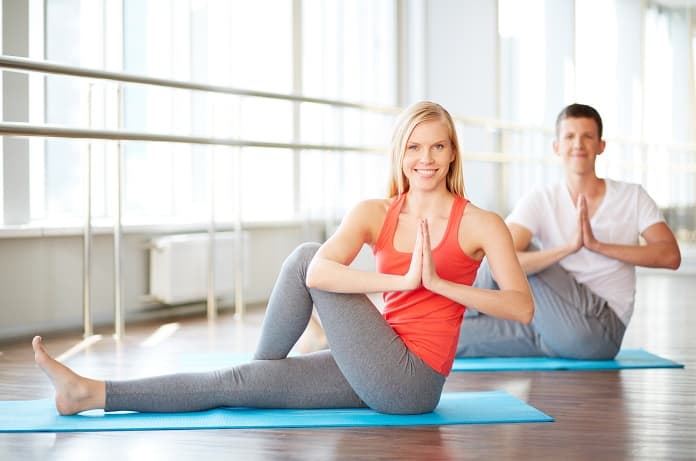 
A study is investigating whether resistance training exercises or yoga has more beneficial effects on the wellbeing of patients with Parkinson’s.

Parkinson’s disease is the second most common neurodegenerative disease which now affects more than ten million people globally. Whilst physical symptoms of this chronic illness are typically treated with medications which replace dopamine to help control motor function, psychological symptoms such as anxiety and depression are often neglected. However, their impact on health-related quality of life is actually quite significant. Recent systematic reviews of mind-body exercises such as yoga and Tai Chi, as well as resistance training exercises, revealed these therapies had a positive effect on motor symptoms, as well as a beneficial impact on psychological outcomes.

Parkinson’s disease is characterized by four main motor symptoms including a resting tremor (shaking in one or both hands at rest), rigidity (muscle stiffness), bradykinesia (slowness of movement) and postural instability (unable to find one’s balance). Aggravating these motor symptoms, psychological distress affects many people suffering Parkinson’s disease.This can lead to increased healthcare costs and disability, as well as a poor health-related quality of life.

This single-blind randomized trial includes 126 participants with mild-to-moderate stage Parkinson’s disease who were randomly divided into two groups.The first group underwent a 90-minute session of yoga per week for eight weeks. The second group, the control group, underwent a weekly 60-minute session of stretching and resistance training exercises, also for an eight-week period.

Researchers carried out assessments baseline, and a follow-up will also be conducted after eight weeks and then again at 20 weeks.The primary outcome, measured by a Hospital Anxiety and Depression Scale, is the level of psychological distress (anxiety or depression), whereas the secondary outcome is the severity of motor symptoms which is measured using the Unified Parkinson’s Disease Scale. This is a motor examination which tests a patient’s mobility, balance, and fall risk. Patients will also be assessed on their holistic well-being, and health-related quality of life using a Parkinson’s disease questionnaire.

Study Expected to be Completed by March 2018

The study began in March 2017 and is expected to be completed by March 2018. The findings from the study are expected to contribute valuable knowledge in regards to the beneficial effects of yoga on Parkinson’s disease patients with not only their physical symptoms but also their psychological well-being. The study will evaluate the feasibility, practicality, acceptance, response rates and variability in outcomes between the two groups.

Given that yoga has minimal side effects, especially compared to taking a combination of medications which can often cause severe side effects and complications in regards to their efficacy and safety, this low-cost CAM therapy is an attractive alternative treatment which could significantly improve the quality of life for many chronic illness patients.

Researchers noted two main limitations of this study included only patients with mild-to-moderate stage Parkinson’s disease were included and participation was completely voluntary. Therefore, as patients with depression and anxiety may be less likely to participate or continue participation in the study, the ability to generalize the findings in regards to patients with significant psychological distress may be limited.

As research on yoga and its therapeutic benefits is still relatively new in regards to psychological well-being, the results of this study will potentially influence current CAM approaches to manage anxiety and depression in chronically ill patients. Whether it is yoga or resistance training exercises which helps patients the most with reducing psychological distress, it is the hope that either or both low-cost community-based therapies will help with both physical and psychological symptoms long-term. This will help these vulnerable patients handle the progression of their chronic illness such as Parkinson’s disease.