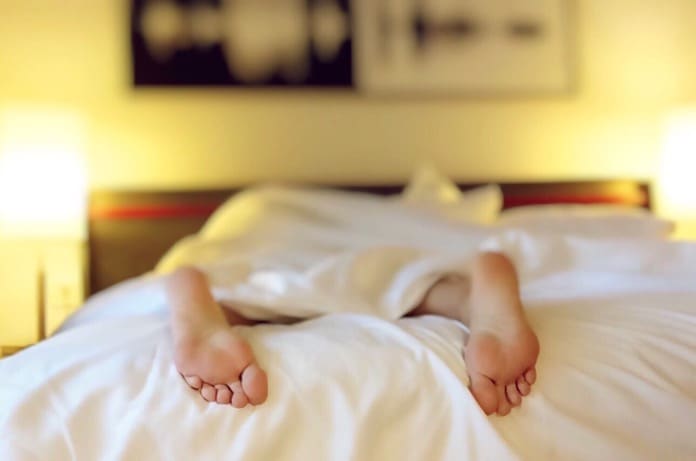 
Having a good sleep schedule is vital for human health. A recent study published in Chronobiology International has investigated the effects of bright-light exposure during daytime sleeping following a night shift.

Shift work has become a crucial component of our modern-day work system. However, shift work can negatively impact an individual’s sleep schedule. Past research has demonstrated that there is an association between shift work and the incidence of cancer and various diseases such as sleep disorders, cardiovascular disorders, and gastrointestinal disorders. The World Health Organization’s International Agency for Research on Cancer has even classed “shift work that involves circadian disruption” to be likely carcinogenic to humans. This is based on evidence from experimental studies with little evidence from epidemiological studies.

Increased Cancer Rates May Be Due to a Disrupted Sleep Schedule

Determining the Effects of Bright-Light Exposure

A recent study carried out in Japan and published in Chronobiology International set out to evaluate the effects of bright-light exposure during daytime sleeping after a shift of night work, compared with dim-light exposure. The concentration of melatonin was measured in the saliva of study participants in order to assess the nighttime secretion of melatonin by the brain.

Daytime Sleeping Did Not Reduce Night-Time Secretion of Melatonin

The conclusion made in the study was that daytime sleeping under bright-light after night work did not reduce the night-time secretion of melatonin and did not affect the sleep quality during the daytime. The authors also recognised that their study had limitations such as the study only included males, the sample size of the study was small, and the motion of participants was not observed during daytime sleeping.

Further research is required that involves females as well as a larger sample size, and observations during sleep. Additional research could support the findings of this study and thus could lead to the introduction of a new sleep schedule for shift and night workers.